There is an uncomfortable peace between man and spider. We don’t like them in our spaces but recognize that they are useful in getting rid of insects. They try to avoid us, and often bite us when they can’t, but they love our homes for warmth, places to hide and the abundance of insects that we draw with our food and lighting.

And like it or not, North Carolina is home to a massive number of spider species. Before you move, though, you should realize that only two of these hundreds of species are likely to cause you any harm, unless you have an allergy to bites.

The two spiders to watch for

The vast majority of spider species have venomous bites, but the amount or type of poison is generally of no threat to a human being, since it really only had to be enough to kill a fly or ant. The two exceptions in the Triangle area of North Carolina are the black widow and the brown recluse. Neither of these are likely to be fatal, but the bites can cause serious health complications.

The black widow can be identified by the female’s black body with a red hourglass symbol on the abdomen. Males look very different, but they are smaller and their bites much less likely to cause issues, so don’t even worry about them.

These spiders are not aggressive and don’t want to bite humans, but they happen to hide out in places where people surprise them, and vice versa, like in shoes, under lumber, in flower pots and other areas that seem well hidden. So, shake out shoes that were outside, and wear gloves when disturbing old piles of wood, for example.

If you are bitten by a black widow, you can expect some unpleasant symptoms. The venom attacks the nervous system, so, according to the NC State Cooperative Extension, people often experience swollen lymph nodes, as well as “nausea, elevated blood pressure, sweating, tremors, and increased white blood cell counts.”

The brown recluse is not as easy to spot, because there are a lot of brown spiders around in our area. Thankfully, while brown recluses exist in North Carolina, they are fairly rare. But one identifier, if you do want to make sure that brown spider in your home can be trusted, is a dark fiddle shape near their head. They also have an unusual eye arrangement of three sets of two eyes.

A bite from a brown recluse does not cause system-wide reactions like the black widow. The venom really goes to work at the spot of the bite. This causes a “necrotic legion,” meaning the skin dies in that area, and it may require surgery if skin continues to die and the legion grows.

But most spiders are fine, even inside

Now that you know which spiders to be wary of, that means you can relax around all the others. Some very common ones you may see are black and yellow “orb weaver” spiders and jumping spiders. Wolf spiders are also common, and they have been known to bite when cornered. But their bites, while briefly painful like a bee sting, just cause a little redness and swelling, not any real threat to your health.

Do you have a black widow or brown recluse in your home that you want removed safely? Call Critter Control of the Triangle today at 919-382-0651. 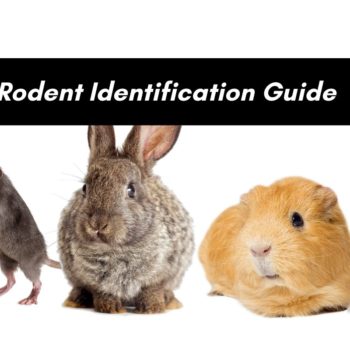