Flying squirrels are extremely small compared to other species of squirrel, such as grey squirrels or fox squirrels. They tend to live in medium to large (4-20) communal families with litters twice per year in sizes ranging from one to six young squirrels.

Feeding mostly on insects, nuts, fruits, seeds and berries, flying squirrels in the South will often eat deciduous trees and plants. They will cause damage when entering buildings, only needing an entrance size about the diameter of a quarter. They can cause fires by chewing on wires, damage by gnawing on wood or health hazards by accumulating urine damage.

The best defense to flying squirrels is properly blocking their entrance to the home or building with chimney caps or other obstacles to unwanted animal entry. They can be humanely removed alive in many cases to be released into the wild later.

Do not hesitate to call Critter Control of the Triangle today at (919) 382-0651 if you are seeing warning signs of flying squirrels around your lawn or home. We work in Durham, Raleigh, Cary, Chapel Hill, Apex and the surrounding areas.

Flying Squirrels can carry and spread disease to humans through direct or indirect contact. Everyone knows that squirrels live in trees, right? Well, usually, but they also are known to make their homes... When you think of a squirrel, you probably have a very specific one in mind — the eastern gray... 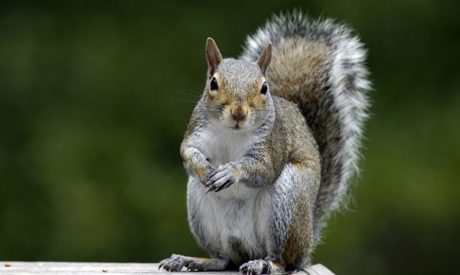 We see them every day and for the most part, grey squirrels do a pretty good job of staying...