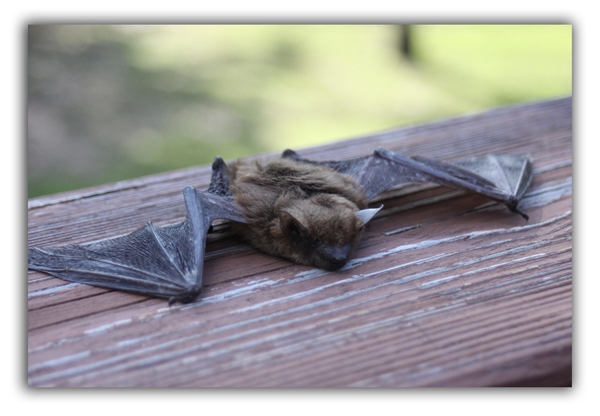 Bats are some of the most misinterpreted wildlife. When it comes to environmental benefits, bats do not receive a lot of credit. However, they serve as pollinators, seed-dispersers and help to control pests. North America is home to 45 species of bats, three of which are common in the Triangle area. Using echolocation or bio sonar, bats can find their way into the tiniest spaces. These mammals are mysterious in appearance and typically are only seen at night. They are often feared by humans, which contributes to threats to their population worldwide. Bats in the Triangle are known to form colonies in their chosen roosting areas. While in search of dark and quiet places to raise their young, bats are known to invade attics in the summertime. Each species of bat is unique and poses its own challenge for people. Critter Control of the Triangle is the expert in Raleigh, Durham and the surrounding region for bat removal. We humanely remove bats as well as examine and repair your home to eliminate the chance of future bat infestation.

While bats may be fascinating creatures when they’re OUTSIDE your house, it’s necessary to know if they are IN your house. Here are some tell tale clues.

Typically found in caves, bats can live in almost any feasible shelter. As their natural habitats diminish, many bat species choose to live in homes or storage-type buildings. It is also common for bats to roost in attics or caves. The big brown and little brown bat species of North Carolina often make noises upon exiting their roost. They also tend to have a musky odor and commonly leave droppings underneath their roosting area. Critter Control of the Triangle specializes in the removal of bats common to the Raleigh, Durham and Chapel Hill communities.

Bats are great to have around your home as they eat almost 100% of their body weight every night. And sure—bats aren’t the biggest creatures, weighing in around half an ounce each—but, they live together in large groups, so the numbers add up quickly. Each night, they cut back the number of nasty mosquitos and other insects to bother you during the pleasant spring and summer nights.

Say you see the droppings but never the bats—you may be asking yourself where they roost during the day. Typically, they roost and forage in the trees and areas around neighborhoods where the insects are the worst. If you aren’t sure if they are around your home, try sitting on your porch or in your backyard in the early evening and keep an eye on the street lights. You can often find them flitting between the lights as they start their insect hunting for the night.

As you may have guessed, bats don’t always find places to live where the bugs are, so they improvise. Sometimes that improvisation means that they decide to use your home as their roost. Bats can enter an opening as small as a dime or the diameter of your pinky. They can sense drafts of hot air escaping from your attic gable vents, ridge vents, or soffit gaps. Once they find these areas, they can hang on the underside of your gable vent (those slats of wood on the side of your home that look like large shutters) or crawl into any gap they find. Once they begin to roost in your home, word gets out to their fellow flying mammals to come to the new (literally) hot spot to sleep.

Bats do not chew their way into your home or business; instead, they enter through gaps and other openings. They are skilled in entering holes the size of quarters. Property owners often have no idea that these holes exist because bats are able to squeeze through the smallest of spaces.

Bats carry rabies and other threatening diseases. Although generally bats will not harm you unless provoked, it is best to contact Critter Control of the Triangle and take a few steps to prepare for a technician’s arrival. By listening to the sounds made by the bats in your home or business, you should be able to identify the general area of where they are roosting. Providing any known areas of bat infestation will be useful to your technician as they assess the problem. Also, it is important to remember never handle bats without gloves or proper equipment. Along with various diseases, bats can also carry fleas and mites. If you come in contact with a bat and are bitten, it is difficult to see signs of bite marks due to their tiny teeth. However, if you have been bitten or come in contact with infectious material, such as saliva entering your eyes, nose, mouth, or a wound, then wash the affected area thoroughly with soap and water and seek medical advice right way.

Critter Control of the Triangle Technicians are Certified Wildlife Specialists with the knowledge and tools to eliminate bats from invading your property. Bat droppings are called guano, and these differ from mouse droppings because they tend to have a shiny, speckled appearance and cluster together as they pile up. If left alone over time, these droppings will begin to grow fungus and spores which can cause histoplasmosis in severe cases. The dusts from these droppings can potentially become an irritant to humans. Along with their droppings, a bat’s urine can also damage wood by causing an increase in decay if left over a long period of time. Bats emit waste 20-30 times a day and the smell is unpleasant and can attract other pests. Our Critter Control technicians are highly equipped and experienced in the removal and cleaning of bat waste. Do not hesitate to call and schedule your next appointment at (919) 382-0651.

Most bats aren’t infected, but some do pose a risk of rabies or histoplasmosis. Learn more from the CDC. 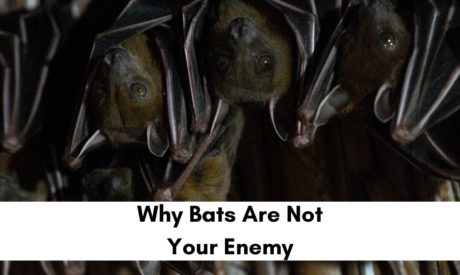 Why you should be nice to bats We know. The word “bats” strikes fear in most civilized people. They... We get calls all summer long from customers who have bats in their homes or on their properties. Most... Summer nights are finally back. The late sunsets and warm evenings make it easy to spend time out on...