What To Do If You Have Moles in Your Yard

Mole Removal in Raleigh and Durham

Moles are not rodents, but are instead part of another type of small mammals known as talpids. There are three main types of moles in North Carolina — the eastern mole, the star-nosed mole and the hairy-tailed mole.

Hairy-tailed moles, while considered a pest, are actually not a concern here in the Piedmont region of North Carolina. They only live at altitudes above 2,000 feet, confining them to the mountainous western parts of the state.

The star-nosed mole and the eastern mole, however, are found in the Piedmont region, including the Research Triangle, so any mole hill in your backyard will be from one of the two.

The eastern mole prefers loamy soils, such as a healthy lawn.  They live in thin woods, pastures, meadows etc… or just any place with lower clay and rock content that support worms, grubs and beetles.  They generally don’t live in overly dry or wet soils either, golf courses end up with mole problems because they generally have very high-quality soils.   The star-nosed mole prefers wet, lowland areas and eats a larger range of prey such as mollusks and small amphibians or fish.  The star-nosed mole is an adept swimmer and forages along the bottom of streams or ponds.  Both moles dig shallow tunnels and burrows through dirt and throw discarded soil into piles known commonly as “molehills” which are key identifiers of the presence.

A popular and humane control method is eliminating the moles’ food source.  Moles feed mainly on grubs and earthworms so insecticides that specifically target and eliminate those insects will force the mole to go elsewhere in search of food.  Another control method is digging a couple foot deep trench and filling it with gravel or a mesh screen to prevent burrowing through it.

In North Carolina, eastern moles are considered pest species under law so rodenticide may be used to kill them.  Star-nosed moles cannot be killed or poisoned and therefore must leave on their own or be trapped with a depredation permit.   In most instances. in order to successfully eliminate moles, they need to be killed or captured.  The best way to control moles is to consult an expert and have a custom program tailored specifically to your situation.

Moles can be carriers of diseases such as rabies, however it is very rare.  It is possible they could carry parasites or tapeworm, however this is also very rare.  If they are carrying any disease, the likely victim would be a pet but unlikely a person as they rarely interact with people.

Whats the difference between moles and voles?

If you’re noticing damage in your yard or maybe some critters running around and you’re not sure what what to do, just visit this page where we explain how to identify moles vs. voles.  Find out more about the differences between moles and voles.

Also, take some time to look at Bell Laboratories’ Talpirid fact sheet to learn more about the products we use: Tapirid FAQ 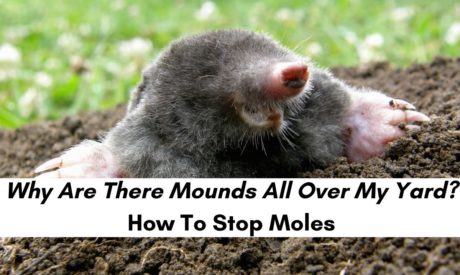 If you are a property owner in the Triangle area of North Carolina, there is a good chance that... 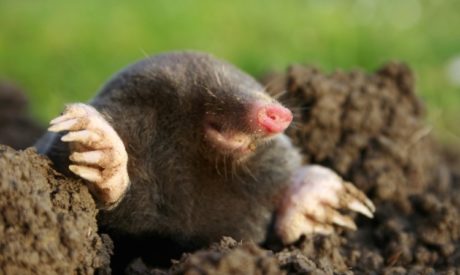 Moles and voles are similar in many ways — they are small rodents, they dig around in your lawn,... 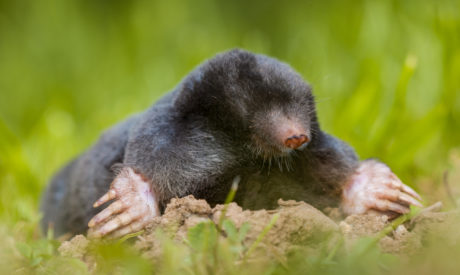 Moles and voles both live here in the Triangle area of North Carolina. Both are rodents, both are pests,...