Home Turkey Vultures in North Carolina — Are they dangerous?

Turkey Vultures in North Carolina — Are they dangerous?

Turkey Vultures in North Carolina — Are they dangerous?

The terms turkey vulture and turkey buzzard are used interchangeably to describe a large, red-headed scavenger. The turkey vulture is a very intimidating looking bird. Bigger buzzards can be five pounds with a six-foot wingspan. Their red, wrinkly head and neck resembles a turkey’s and is the source of their nickname. Buzzards eat only dead animals, known as carrion, like roadkill and human garbage.

They’re disgusting. But are they dangerous?

If the sight of one these enormous, roadkill-eating, turkey-faced monsters makes you squirm, don’t worry. That’s a very normal reaction. Their appearance and behavior really is disgusting. Thankfully though, they are pretty harmless.

Turkey vultures really do only eat dead flesh, so your pets and children are technically safe. When they gather together in trees though, people will often bring their children inside. They also can give people an eerie feeling when they circle overhead. The reason they circle above is their senses of smell are finely tuned to gases being released from the rotting carcasses that make up their diet. Interestingly, scientists have considered trying to use them to locate methane gas leaks for this reason.

Is it true they vomit on people?

Just when you thought these giants beasts couldn’t be more disgusting, they surprise you. If a turkey buzzard feels intruded on or threatened, yes, they will vomit or defecate on you. Considering their diet, you may consider the well-aimed projectile vomit from a giant buzzard to be dangerous since there are likely bacteria present.

Eagles are apparently the only animals who are not intimidated by this. They actually will eat the vulture vomit. Now, while many animal experts will say, turkey vultures are not dangerous, I’m sure nothing up to this point makes you want to spend time with them. A buzzard carries many diseases, as you can imagine, so that is another way in which they can be seen as dangerous, or maybe just gross.

What to do if they are a nuisance?

Sadly, just like most other birds, the turkey vulture is completely safe due to the 1918 Migratory Bird Treaty Act. You may want to shoot them out of your trees or even just hit them with a broom but legally, you cannot. If you get the proper permitting, you may be able to have them removed, though. If you have questions about turkey vultures in Raleigh, Durham and the Triangle, let us know, but for the most part, don’t worry. They are gross but harmless. 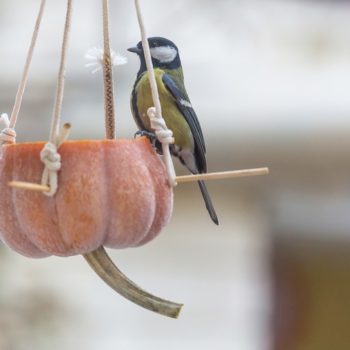