Fox squirrels are a bit more rare than the eastern gray squirrel in North Carolina but they are definitely around. Many in our state likely go their whole lives without ever seeing one. That may be changing, though. These super squirrels are growing in numbers in all three areas of the state – the mountains, the piedmont and the coastal plain.

They may be growing in population but it is actually two different subspecies growing in different regions. Both subspecies just happen to be thriving simultaneously for different reasons. In the northwest of the state, near Boone, the midwestern fox squirrel recently entered the area after successful growth in southwestern Virginia. Hardwood forests in the mountains, like walnut trees, are a great habitat for them that they’ve flourished in.

Some wonder what will happen if the midwestern subspecies continues to thrive in the west while the southeastern subspecies continues its success in the central and eastern parts of the state. Might they blend into a third subspecies or will they stay as two separate populations? Fox squirrels are generally solitary creatures so they do not breed as quickly as their gray squirrel cousins. This may make this question irrelevant for a few years but also may encourage them to interbreed since their small numbers make ample mates not always available.

Spotting the difference between the fox squirrel and the gray squirrel is generally not difficult because of size and coloring. Both subspecies of fox squirrel are quite large and some make jokes about them being a “squirrel on steroids.” A full-grown adult are often double the size of the eastern gray squirrel. It is not uncommon for these giant rodents to reach two feet long and over two pounds.

The coloring can be a bit more confusing. The midwestern fox squirrel can have many different shades of fur. They often have orange coats, but also can be gray, white, or brown as well. The southeastern variety often is a bit simpler with just black, white and gray coloring. The abundance of black in the coat and the patches of different color fur definitely set it apart from the gray squirrel. Sometimes an eastern gray squirrel will be black or white, but it is more rare. If anything, the size should help one distinguish them. As the fox squirrel population continues to boom, you may soon need to be able tell them apart.

Call Critter Control of the Triangle in Raleigh, NC and Durham at 919.382.0651 or our contact page for more information or help with animal removal, cleanup and more. 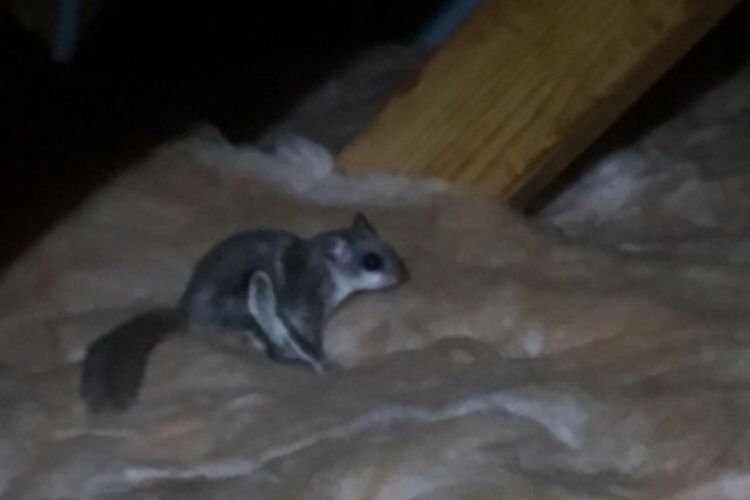